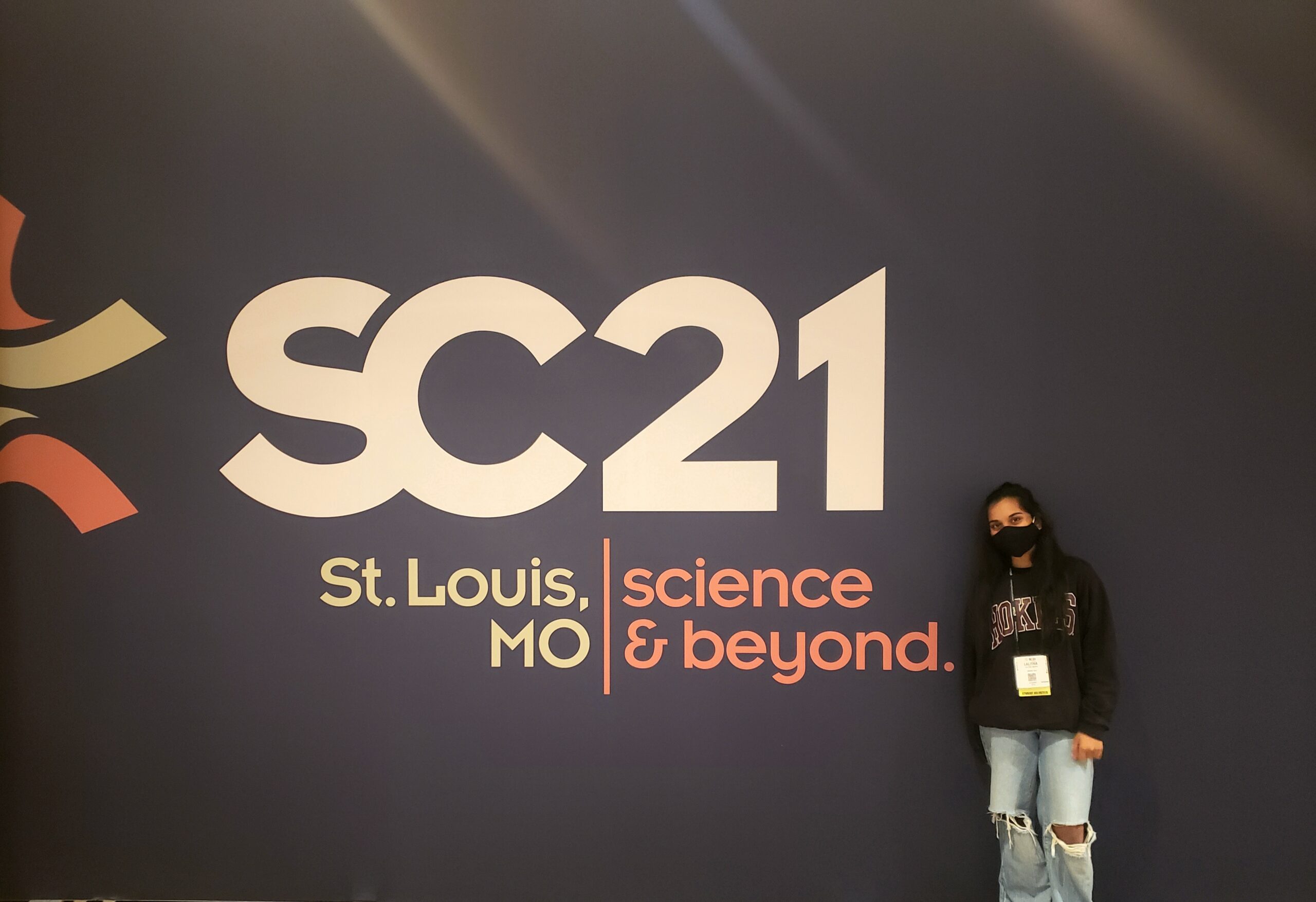 Attending the 2021 Supercomputing Conference was a wonderful experience that I am delighted to have. As an undergraduate student studying computer science at Virginia Tech, I initially became interested in computer systems and high-performance computing through my undergraduate research efforts with a systems performance analysis project and a heterogeneous memory independent study. Attending the Supercomputing Conference was a dream of mine since my freshman year of college, and it did not disappoint. SC21 was in a hybrid modality, and I was able to attend the conference in downtown St. Louis with the support of the ACM-W scholarship. It was a one-of-a-kind opportunity to talk to other researchers equally fascinated by HPC in academia and industry. I learned about research conducted on an international level and shared my own projects with the people I met through the student volunteer program. The Supercomputing Conference was an inspirational experience, from the educational value to the sheer number of people invested in HPC that I have had the opportunity to meet.

The conference spanned nearly a week and consisted of speaker sessions, panel discussions, poster presentations, an exhibit gala, and much more. The night of the first conference day was the Grand Opening Gala Reception, which showcased the latest HPC and networking innovations in countless exhibits. Companies in attendance included Red Hat, Hewlett Packard Enterprise, and IBM. The need for efficient cooling systems and positively impacting the environment were some of the most highly discussed takeaways from the gala. Several exhibits showed their newest technologies that pioneered these topics. For instance, Submer showcased their solutions with liquid immersion cooling technology, in which they submerged components and servers in a dielectric coolant.

Another notable event at the beginning of the conference was the keynote speech. Vint Cerf, one of the fathers of the Internet, delivered the keynote address. He raised intriguing topics and pressing questions in artificial intelligence, particularly in machine learning, and how the humanities play a massive role in the inspiration and motivation of new technology. He discussed projects underway and acknowledged the issues to overcome and steps to achieve in years to come as part of a new era.

As the week went by, I attended countless talks and panels, from the Second International Workshop on Quantum Computing Software to the ACM and IEEE-CS Award Presentations. Some were in the form of presentations for specific research topics, and others were in a more interactive manner where the audience and panelists would go back and forth in the discussion. I was also able to attend diversity talks, such as a presentation about Women in HPC and how to increase inclusivity. I explored various research areas in high-performance computing throughout the week. I expanded my knowledge in both fields that I have previously investigated and completely new areas. I will be ever grateful to ACM-W for being a welcoming community and supporting my conference experience!