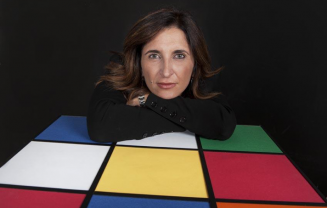 In December 2019, Prof. Elena Ferrari (University of Insubria) and Prof. Wendy Mackay (Inria -Saclay) were awarded ACM Fellowships, the two women from Europe to be recognised as ACM fellows.

Prof Elena Ferrari was recognised for her contributions to security and privacy of data and social network systems, and Prof. Wendy Mackay was recognised for her contributions to human-computer interaction, mixed reality and participatory design, and leadership in ACM SIGCHI.  Meet these wonderful women who are trailblazers in their respective fields.

Elena Ferrari, inspiring the next generation of women into cybersecurity

Prof.  Ferrari is a world-renowned researcher and leader with high impact research and technology contributions to data security and privacy. She leads research projects that create technologies to enable efficient and effective data sharing without sacrificing privacy or security. Prof. Ferrari’s research, ranging from social network privacy and IoT to online privacy, critical infrastructure protection, has received funding from several institutions and enterprises, including EU Commission, Google, IBM, and the Italian Ministry for University and Research. She has published several books and more than 240 papers in international journals and conference proceedings.

Prof. Ferrari is the recipient of several awards, including the ACM CODASPY Research Award for lasting and innovative research contributions to the cybersecurity and privacy fields (2019) and the ACM SACMAT 10 Year Test of Time Award (2019). She became an IEEE Fellow in 2012 for her research contribution to security and privacy for data and applications. In 2018, Prof. Ferrari was named one of the 50 most influential Italian women in tech.

Prof. Ferrari promotes cybersecurity and privacy to women extensively and has supervised numerous female PhD students. As part of the CONCORDIA EU  research project on cybersecurity, she actively participates in promoting women in cyber and has co-organized a workshop at our flagship event,  ACM WomenEncourage: Women in Cybersecurity: A manifesto for TODAY.  To date, women represent only 24% of the workforce in the cybersecurity domain. While the figure increased over the years, it is still far from the ideal of a balanced representation of both genders. Through the workshop at womENcourage, Prof. Ferrari and her co-organisers provided a much-needed forum for engaging with stakeholders from different areas of cybersecurity to agree on common objectives to bridge this gender gap.

Wendy Mackay is a Research Director at INRIA, Paris-Saclay and the Université Paris-Saclay (formerly Université Paris-Sud), the first and only woman promoted to Inria’s highest research rank. She received her PhD from MIT in Management of Technological Innovation, and an MA from Northeastern University in Experimental Psychology. In 2017, she was awarded Doctorem Scientarum Honoris Causa in the Faculty of Science by Aarhus University, Denmark for her whole career, particularly for her work on interactive video, participatory design and mixed reality.

She is responsible for many computing firsts: At Digital Equipment Corporation (DEC), she wrote the original authoring software for IVIS, the world’s first commercial interactive video system (1983, pre-Macintosh). At MIT, she conducted the first major study of email and cognitive overload (the 1980s). At Xerox PARC, she helped establish a new community for computer augmented environments.

Prof. Mackay is currently leading the Ex)situ research group in Human-Computer Interaction at Inria. Her current research on human-computer partnerships fundamentally reenvisions interaction and shifts the perspective on the role of AI in interactive systems. Her Ex)situ research group explores the limits of interaction — how extreme users interact with technology in extreme situations. Her work particularly focuses on creative professionals, artists and designers who rewrite the rules as they create new works, and scientists who seek to understand complex phenomena through creative exploration of large quantities of data.

Prof. Mackay is a recognized leader in the international Human-Computer Interaction (HCI) community, holding numerous leadership roles in ACM and SIGCHI, and has been instrumental in developing a strong HCI community in France. She received the ACM/SIGCHI Lifetime Achievement Award for Service this year. She is also a recipient of a European Research Council Advanced Grant.

We congratulate both professors wholeheartedly for their amazing careers, and for serving as great role models for all of us.