ACM-W Supporting, celebrating and advocating for Women in Computing 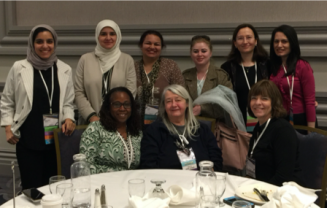 ACM-W Ankara is set up to carry out the ACM-W mission to “support, celebrate and advocate for the full engagement of women in all aspects of the computing field” and to become a model for the future Turkish ACM-W Professional Chapters. As the first professional ACM-W chapter established in Turkey, ACM-W Ankara will organize events and also act as an umbrella organization for the existing ACM and ACM-W student chapters in the country. The initial target group of the chapter is female students at the graduate level in computer science and related fields. The initial programs will aim to provide platforms for networking, motivating and encouraging women in computing. The chapter plans to extend its target as the students at the undergraduate level and K12 in the future.

The first meeting to start working for ACM-W Ankara was held in July 2019 to which Reyyan Ayfer from Bilkent University, also attended. Having a mission, specific and well defined goals and planned activities helped to bring together many women to kick-off the chapter.

The same reasons attracted the attention of organizations to support the activities. After a meeting held in İstanbul, the first step was taken for partnership for Grad Cohort Women Turkey with inzva, which is a hacker community established in 2017, focused on Algorithm and Artificial Intelligence, aiming to cultivate the talents of Turkish students through a series of events ranging from year-long study groups to camps. Recently, a Memorandum of Understanding was signed and work for organizing the first Grad Cohort for Women in Turkey started.

Grad Cohort events will be targeting women in computing pursuing their graduate studies at masters or doctorate level. The aim is to bring them together to encourage, inspire and network. Two events will be organized annually, one in English to have international role models as speakers and second in the local language Turkish.

The first Grad Cohort is planned to be held in April 2020 at inzva, which is located inside a historical factory building at Beykoz, İstanbul.

The initial activities of ACM-W Ankara Professional Chapter will be to:

The Facebook contests are so much fun! We love to see what the chapters have accomplished. To encourage more FB posts, we are announcing a monthly contest. Each month we’ll choose the best post and award a $50 prize. The only rule is that the post must be made within 30 days of the actual event. So, when you have an event, post it! (And if there are too many great posts in any month, we might give multiple awards!) At the end of 2019, we will give an additional award to the chapter who was the best FB poster across the year. Visit our home on Facebook here! 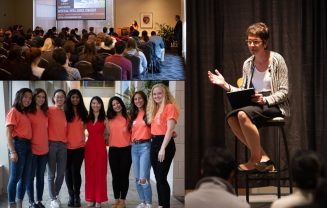 We are delighted to announce the Vanderbilt Women in Computing chapter has won our best FB post contest. They sponsored the Emerge conference, which focuses on emerging technologies with Artificial Intelligence being the topic this year. Over 300 students, faculty, entrepreneurs, and community members participated in the event, which included keynote talks as well as breakout and networking sessions.  Vanderbilt will receive a $250 prize to celebrate!

END_OF_DOCUMENT_TOKEN_TO_BE_REPLACED 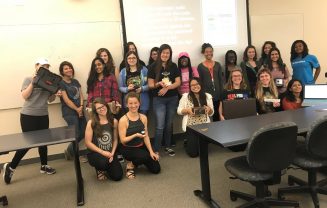 We are happy to announce the winner of our best Facebook post contest is the ACM-W Chapter at the University of Central Florida. This chapter designed a team-building exercise that sounds like loads of fun: a CS-themed escape room!  Watch our web page for more details on how you can develop an escape room for your chapter. The UCF chapter wins $250 to celebrate their achievement.

END_OF_DOCUMENT_TOKEN_TO_BE_REPLACED 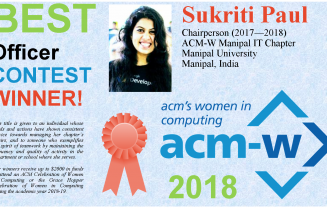 Congratulations to our Best Officer Winner!

Congratulations to Sukriti Paul from Manipal University, Manipal, India, for winning our best officer contest for 2018!

END_OF_DOCUMENT_TOKEN_TO_BE_REPLACED 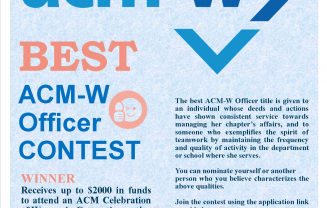 Do you have a fantastic officer in your ACM-W Student Chapter? Nominate them for our best officer contest!

END_OF_DOCUMENT_TOKEN_TO_BE_REPLACED 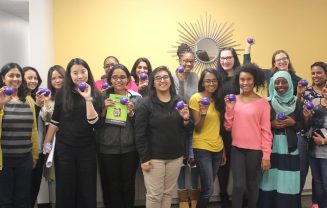 Our networking grant helps pay for events that bring our chapters together! Here are a couple of our favorite recent winners!

END_OF_DOCUMENT_TOKEN_TO_BE_REPLACED

New deadline for our first Networking Award grants for the year! Apply now for funding ($300 max) to support existing ACM-W chapters networking with other chapters …

END_OF_DOCUMENT_TOKEN_TO_BE_REPLACED 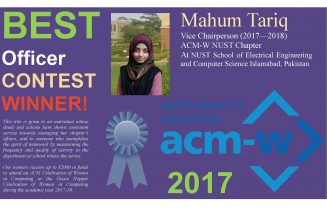