December, for many, brings the end of a semester and all of the busyness that goes with it. As we look forward to a bit of a respite in the coming few weeks, we have reports on some late semester activity in several of our projects. First, there is a report from the Ada Lovelace Celebration, held in Uppsala, Sweden in November. The Student Chapters report highlights an inter-campus networking event made possible by a chapter networking award. Finally, We have a report from ACM-W Europe.

In the November issue of Connections, I promised the announcement of our newest ACM-W project that “is not to be missed.”  That might have been a bit of an overstatement, but we are definitely excited about this latest endeavor.

In order to be able to realize this vision, the ACM-W Council has added two new members that will lead the project:

The Uppsala ACM-W student chapter hosted the Ada Lovelace Celebration, an ACM Celebration event, from November 17-18 2017. The first day consisted of a line-up of talks covering inspirational, technical and gender-equality related topics. Our speakers were all powerful women from industry and research, including our ACM Distinguished Speaker Panagiota Fatourou. Among others, the speakers gave job and career advice, talked about latest practices in research and industry multicore programming or smart cities, and gave advice on how to be bold, and to believe in oneself. During the dinner our attendees could mingle with our speakers. In total, we had around 70 attendees (50% women, 50% men) from universities and companies located in Stockholm and Uppsala. 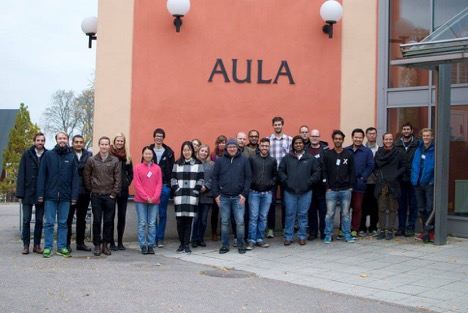 On the second day of our celebration we organised a programming workshop led by developers in industry (mostly females). Together with a mentor from industry, attendees were coding a project of their choice for the whole day. The event allowed attendees to learn new frameworks, to network with the developer and their peers, and to have fun. As a result, projects such as jump and run games, client server games, chatbots and many more projects were created.

Georgia State University is planning on starting a new ACM-W chapter and they turned to the nearby chapter at Clayton State University for advice. To help them, the ACM-W provided a grant to support a Dec. 1 networking event with students from both GSU and Clayton. 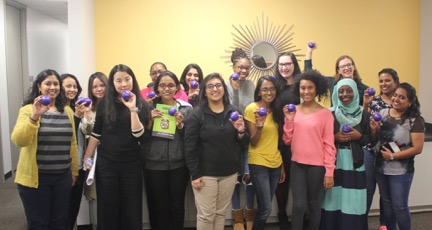 The goal of the ACM-W networking grant is to support new or planned ACM-W chapters by connecting them with schools having better established chapters. The program also supports networking between schools with substantially different populations.

We award about 12 grants each year for up to $300 each. The deadline for the next round of grants is January 15, 2018. For more information, check out our webpage. And thanks to our ACM-W student chapter committee members Lindsay Jamieson and Melanie Williamson who administer the grant.

ACM-W Europe strives to increase diversity in technical communities and, as one of its activities, it offers to deliver diversity support workshops at technical events. The last such workshop was held on September 23, 2017 in Paris at the EuroBSDcon 2017. Read the blog for about the event here.