ACM-W supporting, celebrating and advocating for Women in Computing 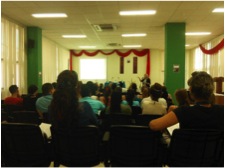